Rushing Into a Marathon With Run-Walk-Run Trials

After the craziness of August with all the IT-Band issues, September ended up being a sight of relief. To be honest, weight loss was not my focus this month and probably will never be from now on. Don’t get me wrong. I’m still not where I want to be. That is to live between 80-85 kg (176-187lbs). However, with the marathon date approaching, my focus is primarily on running. Still, September was better than August, with a 4.6kgs (10lbs) loss reaching 86.2kg (190lbs). I’m close to my weight loss goal for sure. 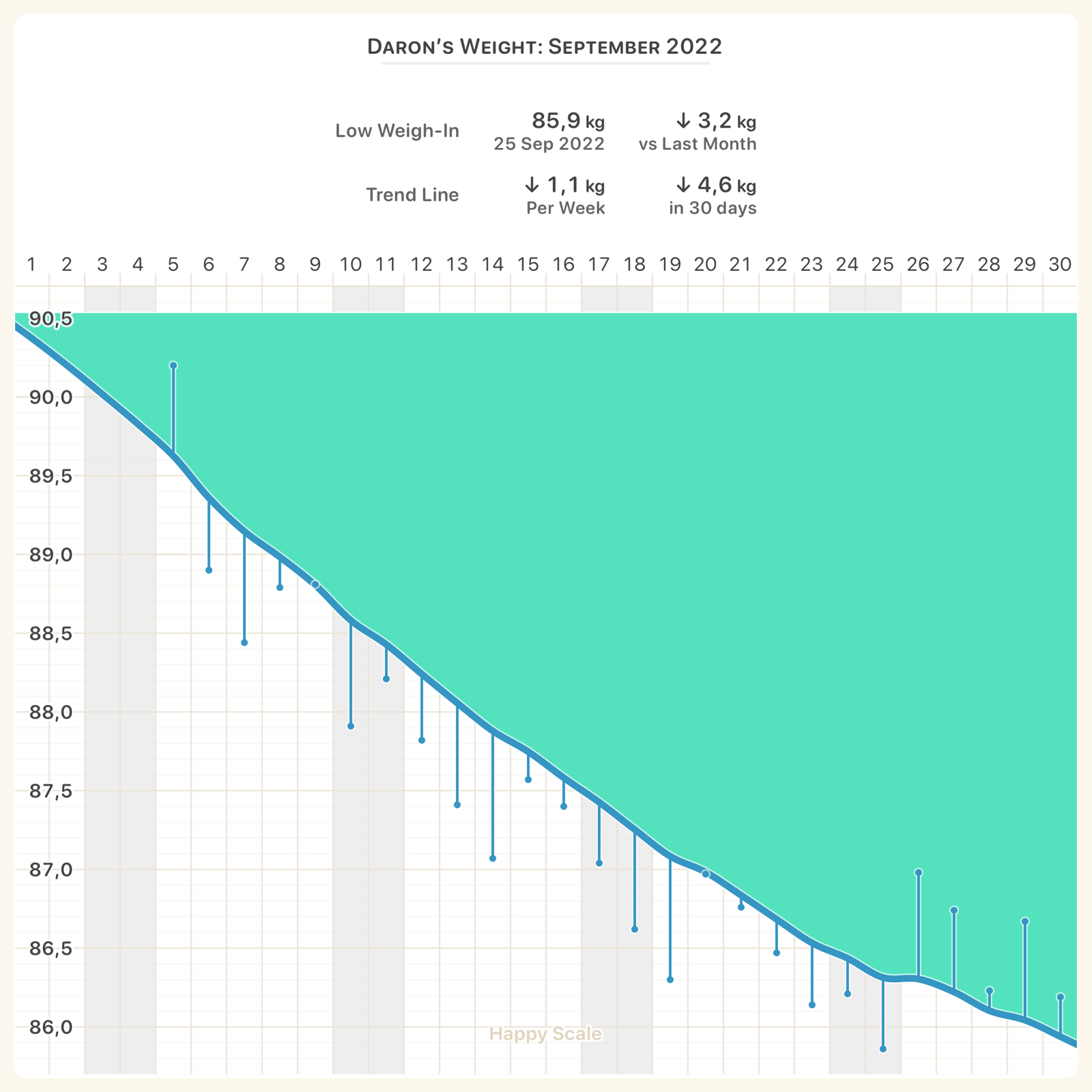 Back to running, IT-Band is gone. I have done rehab workouts daily for a week. After that, I switched to a bi-daily rhythm. I’m still doing my bi-daily IT-Band strengthening workout. I believe it helps a lot with the combination of percussive therapy. 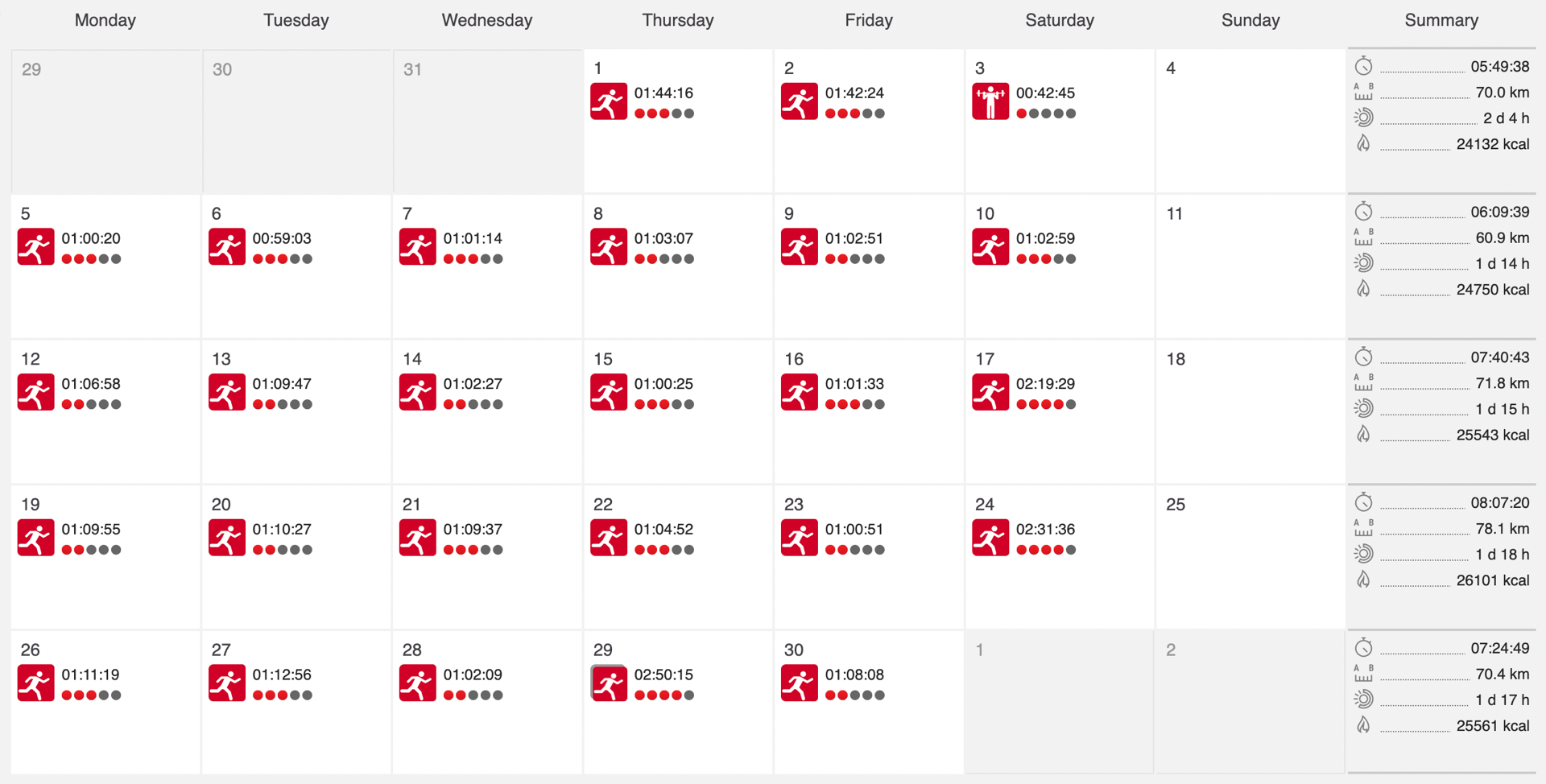 Meanwhile, as planned last month, I switched to a six days/week workout plan. I ran six times 10km the first week of September to build some base. The second week I kept running 10km runs five times but ended the week with a longer run of 21kms to test the waters. With the marathon goal approaching and the tapering required, I had to fit in some long runs. Thankfully all the gluteus strengthening helps, and IT-Band issues did not appear again. In the third week of September, I increased my baseline to 11km and ran five times for baseline. End of the week, I did another long run for 23kms and extended the previous week’s long run by 10%. For the final week, the plan was to increase the baseline to 12km and the long run to 25km, with a 10% increase overall. However, this is the end of the Q3 calendar year, so it is time for my blood tests. I’m not supposed to run 48 hours before my blood tests. I moved and shuffled the runs around, and I could still hit a 25km run the final week of September thanks to Jeff Galloway’s famous Run-Walk-Run method. This is a method where you squeeze in a maximum of 30-second walks between your running intervals to decrease the total stress of running. I might even use this during my marathon. Many marathoners and Olympians like Jeff use it successfully. The 25K would be pretty much my final and the longest run before the marathon. Is that enough? No, definitely not. But that’s all the time I’m left with after my sore throat and IT-Band issues in August.

From now, it is tapering time. I will decrease the distance of my runs week-by-week. We will see where it goes. From 25K longest to 42K is a long way to go. I have no experience with how my body will react and how I should eat and hydrate my body during such a long run. My goal is to complete the run under its 6 hours limit. I will call it a fantastic success if I can finish it under 5 hours. That would be magical. However, I will be happy if I can simply finish within the time limits.