What a journey has that been :) A half year has passed and I lost a total of 40kgs / 88lbs. From now on I’m not calling this a diet anymore :) This is going to be relaxed healthy eating era. From now on, I simply do not care how much weight I lose per month. I will still aim to lose more weight, currently I’m 110kgs / 242lbs, which is still pretty high compared to my goal of 90-95kgs / 200-210lbs, but my focus will be increasing activity and maintaining a better balance of enjoying social side of food eating and staying at the same weight, or preferable loosing some. 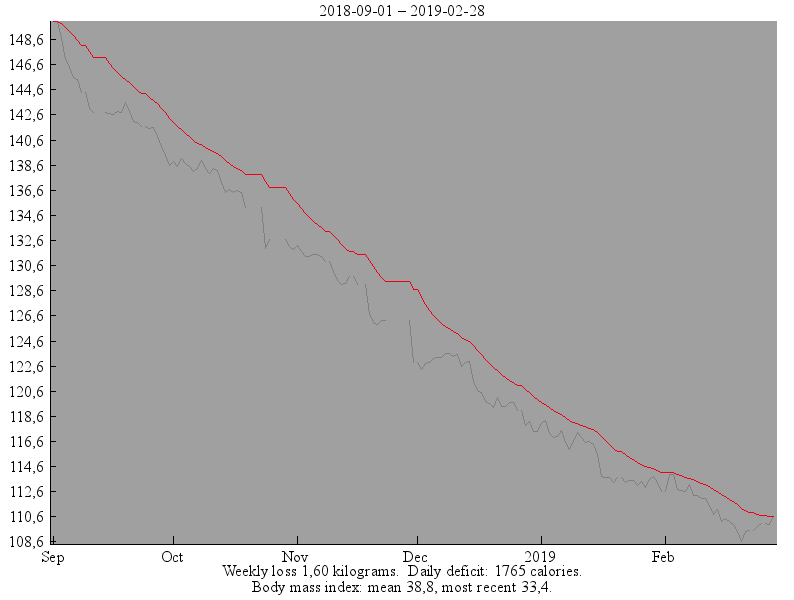 Above is the full six months weight chart :) The red line is the trend and the dark gray is the actual measurement graph. I would say the red one looks just beautiful. Based on six months of data my overall deficit was about 1765 calories a day. I’m not monitoring my intake, but my guess is that it is around 1500-2000 calories. That means my maintenance is somewhere around 3000-3500 calories a day. Considering my current activity level that’s pretty good. 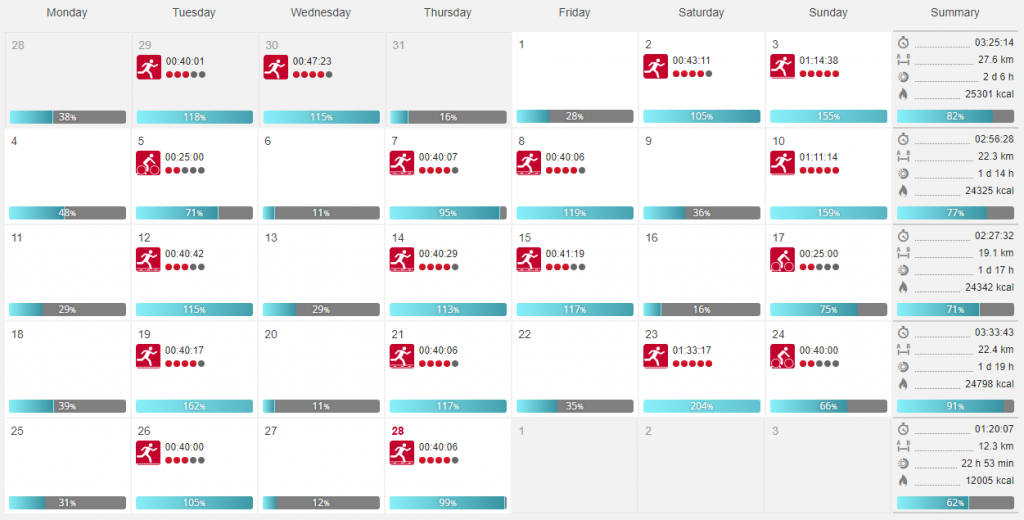 For February I did stick with my 4 days per week cardio plan. I feel like I can increase that, but I know I have some travels coming up for the next couple of months. I don’t want to stress myself a lot about cardio. You might have noticed that I have already exceeded my weekly 160 minutes cardio goal. I did some fantastic trail runs :) and couldn’t stop myself. Here is my rule of thumb, 4 days of activity needs to be there. The length of activities can be longer than 40 minutes, but can’t be shorter than 40 minutes unless the total weekly activity time has already exceeded 160 minutes :) That’s all

Let’s talk about the trail runs I joined during February :) After a couple of run I made during January I decided it is time to get social :) and join some of the runs organized locally in Istanbul. 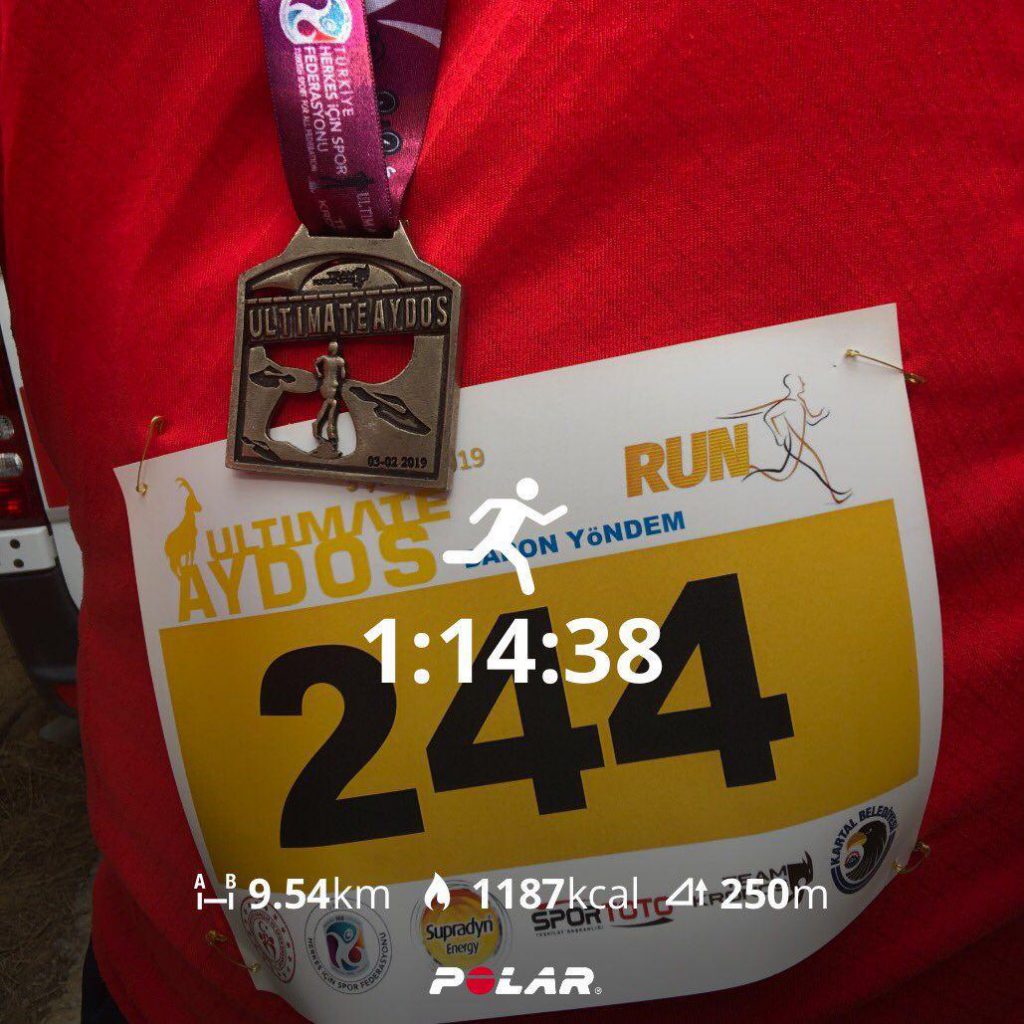 The first one was organized within the Aydos Forest on the Asian side of Istanbul. The last two kilometers were kind of hard, but I managed to complete with with a decent mix of walking and running. At this point I’m not really worried about my pace. I’m focusing on my heart rate and durability. I might change my focus to speed training once I get down to 95kgs/210lbs.

One week later I had my second run in Riva. Again on the Asian side of Istanbul but this time not in a forest, at the seaside bordering the Black Sea. My average pace was 7mn/km . That was an improvement compared to the previous Aydos Forest where I had 7m50s/km. Both races had roughly the same amount of ascent.

Finally, I joined Columbia Montrail Running Group in Istanbul to run a trail in Polonezköy. That was the HARDEST one in this list :) Actually, let me take that back! It was their mistake :) Here is what happened. They had two groups of runners, one medium pace and another slow pace. Sounds good right? I asked them what “medium pace” means, and they answered that we should do 10kms in 1h45minutes with the medium pace group. I was like “ok, I can do that”. In the beginning, I was able to keep the pace, but especially on our way back, I lagged behind for around 10-15 minutes distance. Oh, by the way, I finished the course in 1h33minutes! So, who is to blame now?? :) Anyways, I enjoyed a lot and I would do it again :) Especially the snowy weather made it a golden day for running in the forest.

There we go… that’s all I have for February. For March, my plan is a balanced diet and maybe a slight weight loss. I will be in Seattle for the second hald of March. I should go do some research about where to run :) See you on the next one.